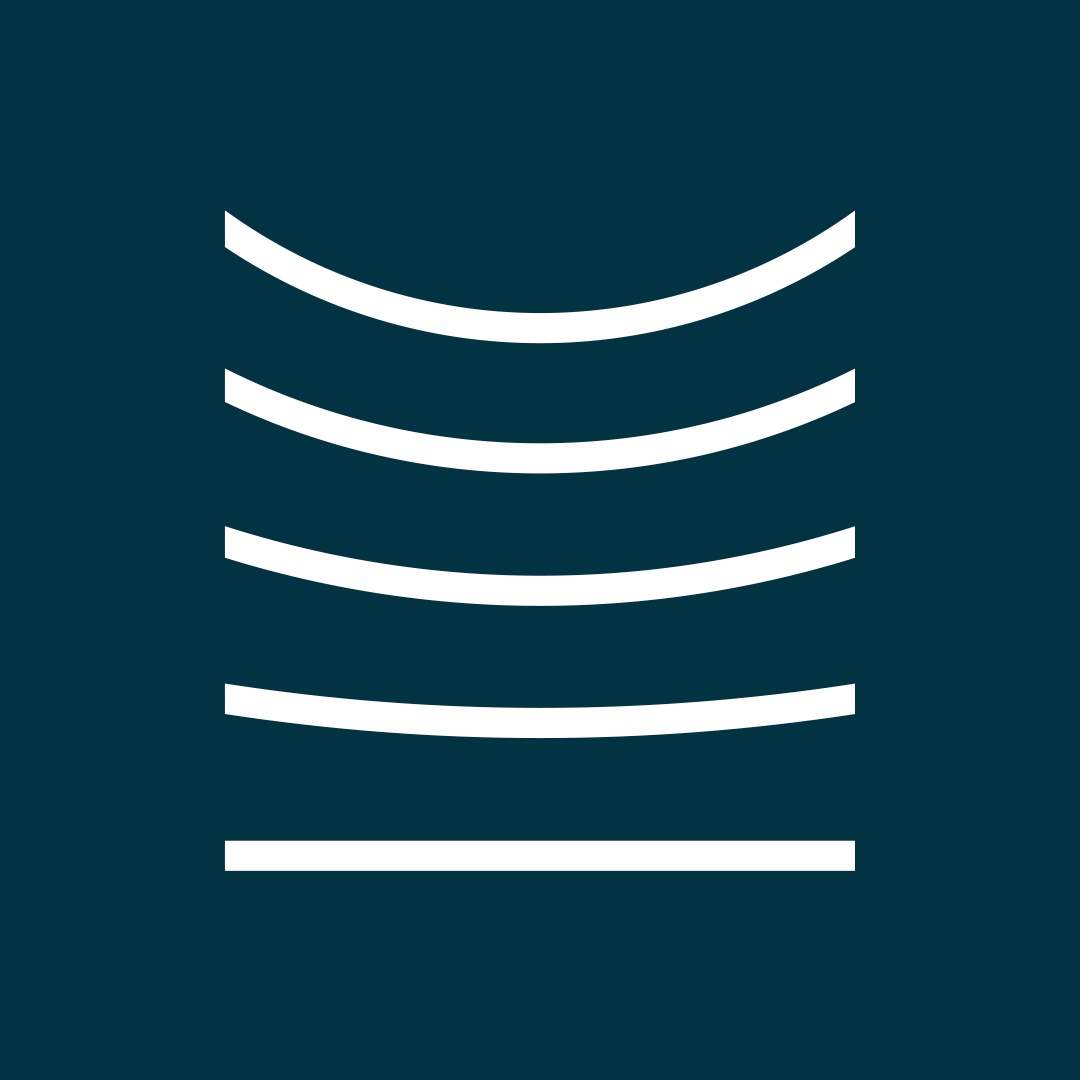 The competition is designed to discover promising young opera singers and assist in the development of their careers, and is sponsored by the Metropolitan Opera National Council, including members and hundreds of volunteers from across the United States, Canada, and Mexico. Some of today’s greatest singers got their start in the auditions, including Renée Fleming, Susan Graham, Stephanie Blythe, Eric Owens, Lawrence Brownlee, Lisette Oropesa, Jamie Barton, Michael Fabiano, Anthony Roth Costanzo, Ryan Speedo Green, and Nadine Sierra.

In recognition of a generous gift from the Laffont family, the Met’s nationwide vocal competition—known since its founding in 1954 as the Metropolitan Opera National Council Auditions—begins a new chapter as the Metropolitan Opera Eric and Dominique Laffont Competition. Mrs. Laffont, an Advisory Director on the Met Board, has spent many hours volunteering with the auditions over the last 20 years, and she and her late husband, Eric, have long been among the program’s most dedicated supporters.

Applicants may apply to the Competition once per season and are required to submit 1-2 pre-recorded videos for the Qualifying round. Videos must be taken in the 2022 calendar year and cannot be edited for sound or video enhancement. No pianist will be provided for the prerecorded qualifying round. Videos may have live, pre-recorded, digital or app-based piano tracks. Orchestral or instrumental accompaniment tracks or performances will NOT be accepted.

Qualifying videos are reviewed by Met Artistic Staff and evaluated as a whole, not by the singer's hometown or current residence.

Recipients of any judge-awarded prizes (Encouragement or Winners) at the District or Region levels of the 2021- 2022 Competition are automatically qualified for the 2022-2023 season, should they choose to enter. They will need to complete the application through Resonance but not submit new video recordings. These individuals will have their own priority registration day in advance of the additional singers that qualify for the 2022-2023 season

PARTICIPATION IN THE METROPOLITAN OPERA LAFFONT COMPETITION IS SUBJECT TO THE FOLLOWING GOVERNING REGULATIONS:
1. The age requirement for all voice types for the 2022-2023 season is 20 – 30 years old. Applicants must be within this age limit from August 1, 2022 – July 31, 2023. Applicants’ birth dates must fall on or between August 1, 1992 – August 1, 2002 in order for them to be eligible to audition. This requirement is checked by the National Office during the application evaluation period. No age waiver will be granted for any reason.

2. Applicants must be fully vaccinated against Covid-19 in advance of their first live audition and abide by any updated covid regulations through the season. Applicants are considered fully vaccinated two weeks after receiving a second dose in a two-dose vaccine series or two weeks after receiving a single-dose vaccine. The Metropolitan Opera (“Met”) will need to see proof of vaccination with a vaccine approved by the U.S. Food and Drug Administration (FDA) or by the World Health Organization (WHO).

3. Past applicants may re-enter Qualifying auditions as new applicants. Applicants who have exceeded the age limit, reached the Grand Finals Concert, or twice reached the National Semifinals are no longer eligible to compete. Current or former singers on the Met’s roster, and current season members of the Met’s Chorus, Extra Chorus or current full-time employees of the Met are ineligible to audition.

4. Auditions are open to citizens and lawful residents of the United States, Canada, and Mexico. Citizens of countries other than the United States, Canada, and Mexico must show either proof of residency through April 24, 2023 or proof of full-time enrollment in a qualified educational institution, in one of these three countries before being permitted to enter a District audition. Applicants are solely responsible for securing visas to compete in all rounds of competition.

6. Applicants may apply to the Competition once per season and are required to submit 1-2 pre-recorded videos for the Qualifying round. Videos must be taken in the 2022 calendar year and cannot be edited for sound or video enhancement. No pianist will be provided for the prerecorded qualifying round. Videos may have live, pre-recorded, digital or app-based piano tracks. Orchestral or instrumental accompaniment tracks or performances will NOT be accepted.

7. An official pianist will be provided at all live audition rounds. Applicants may provide their own pianist, if desired, at their own expense. Orchestral, instrumental, or self-played piano background tracks will not be accepted. If a District round is changed to a digital video round, an official pianist will be provided to record backing tracks.

8. Competition prizes are paid by check. Prize winners will be required to complete all necessary tax paperwork, in the Met’s sole discretion, in order to claim their prizes. The Met is required by Federal and New York State laws to withhold a total of 35% of prize money awarded to non-U.S. citizens. In most cases, prizes will not be available to contestants on the day of the competition.

a) Your respective District and Region audition dates;

Participation in non-Competition related professional engagements or competitions is not permitted during the times specified in a), b) and c) above, unless approved IN ADVANCE in writing by the Competition’s Executive Director. Failure to receive advance approval for an unrelated engagement automatically DISQUALIFIES an applicant from the National Semifinals and Finals.

12. The Met may cancel, delay or otherwise modify any and all portions of the Competition in its sole discretion, including for reasons beyond its control such as epidemics, work stoppages, fires, war, government regulations, acts of terrorism, riots, rebellions, explosion, flood, storm, Acts of God and similar occurrences, and the Met shall not be liable for any such cancellation, delay or other modification.

13. Any misrepresentation on the application will be cause for disqualification without benefit of appeal. All disqualifications are in the Met’s sole and absolute discretion and will require that prize money be returned.

We require the following materials to be uploaded:

Citizens of countries other than the United States, Canada and Mexico:

Qualified singers will be announced on September 1, 2022 and will then be required to pay an application fee of $30.

No oratorio, musical theater or zarzuela are permitted.

Arias must be sung in the standard language and original key.

This season, the Laffont Competition District and Region awards will vary across locations . At the National level, Semifinalists receive $2,500, Finalists receive $10,000, and Grand Finals Winners are awarded $20,000.

Live auditions at the Metropolitan Opera in New York City

This year's competition will be in-person. Specific District and Region audition dates and protocols are forthcoming. Qualified singers will choose their desired District audition after September 1, after reviewing all of the available options.

Established in 2003 by the Northwestern University Bienen School of Music, the Michael Ludwig Nemmers Prize in Music Composition honors classical composers of outstanding achievement. The winner receives $100,000 and is expected to participate in two non-consecutive weeks of residency at the Bienen...

The new works will be performed at concerts throughout the organ’s opening year in 2024. The Helsinki Philharmonic Orchestra and the Finnish Radio Symphony Orchestra will perform the concertos together with an organist. Ensembles and musicians (whose names will be published later) will perform the c...

The competition is open to chamber music ensembles from trios to quintet for strings or strings and piano with members of any nationality. Age limit: ensemble average age 30 years (maximum individual age 33 years). None of the ensemble members can be over 33 years old (they have to be born after 1.1...

The Azrieli Music Prizes (AMP) offer opportunities for the discovery, creation, performance, and celebration of excellence in music composition by awarding three prize packages each valued at $200,000 CAD: The Azrieli Commission for Canadian Music, the Azrieli Prize for Jewish Music, and the Azrieli...

The NATS Art Song Composition Award program’s purpose is to stimulate the creation of quality vocal literature through the cooperation of singer and composer....

The First Ljubljana Festival International Piano Competition is organised by one of the most prestigious music festivals in the world, and will be held in Ljubljana from February 25 to March 4, 2023. The competition is open to professional pianists of all nationalities who were born between 1992 and...